A millions of tripod.
Connected the iPod with her sex toy.
You don’t embrace the wood
No farewell is doing good.
Teal coral in your dream, with a ton of poison fluid failing to wash away your sins.
Does this shitty song turn you on
Or it just turns your inside out
exposing it under everyone’s gaze
without mercy
without end.

I’ve walked a long way, wrapped by the chill of spring.

I’ve past bike show, cafe, bookstore, restaurant, record store, boutique shop, and so many more. In the cold and silent morning, on the empty street. The city does have a heart, but it is sleeping, like the world when snow falls.

No.1 Town upside down 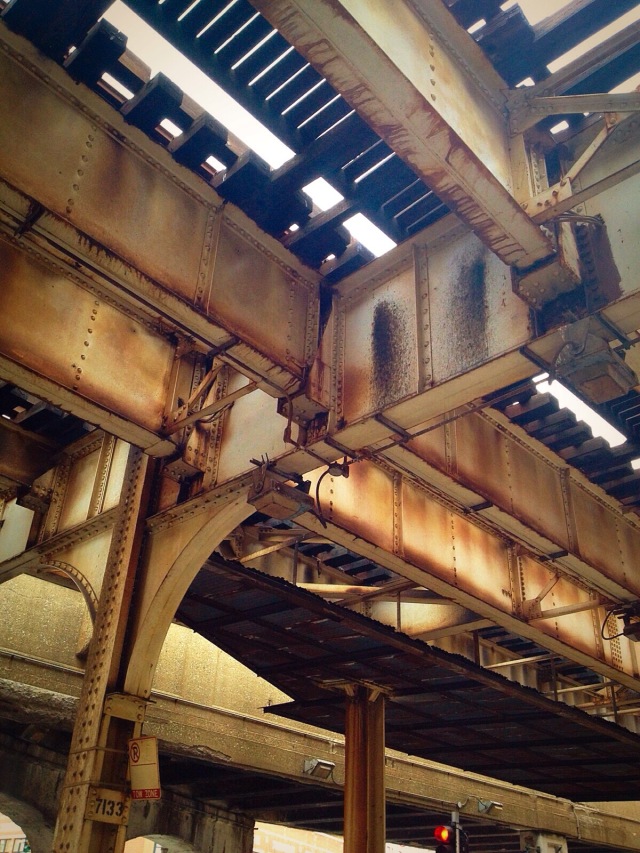 No.3 Women and Children First

The first part of the modern series in Art Institute Chicago.
Go against the tradition perception on urban live, this exhibition focuses on the conveying of fragmentation, shatter, and distortion of modern urban live. Instead of depicting the “glorious sweeping vistas or bucolic natural landscape”, the artists put endeavours on depicting the very fractured appearance of the cityscape and city live, mostly in the early 20th century.

His condensed cubism illustration of The Eiffel Tower selected 10 points of view, 15 perspective reconstructed the 300 meter’s metal monster, including the houses surrounding it on a 160.7 x 128.6 cm canvas. This is one way to represent a 3D image on a 2D medium, and a tremendous object into a limited space–not a part of it, but many parts of it. Like the shattered city live, from the apartment to the office, from home to school, from a restaurant to the gym, linear route mapping out an urban individual’s personal life, involving parts and parts and parts of the city, reflecting one or two or more possibilities to live in the urban area.

George Hugnet is a figure in Dada movement and surrealism. In 1930s, Bellmer produces a series of pubescent female dolls (MoMA has a collection of those works).

Kurt Schwitters and his collages:

The poster of Art Institute quotes Kurt’s declare–“Everything had broken down in any case, and new things had to be made out of the fragments.” Though Kurt is known as an important figure of installation art in the early 20th century, the Shatter exhibition doesn’t includes any of his spatial art. Instead, it exhibits some of his collages. Starting from 1919, Kurt fell into the game of playing with the word “Merz”, which derived from the German word “Kommerz” [(pure) commercialism]. His periodical “Merz” (1923-32), though more driven by political expressions, was echoing with his art works during that period. Mz 13 Call (1919) is one of his early collages.